"Gluten Free" Items At Restaurants - Can They Be Trusted?

I've been wondering about this a lot more now - after the fiasco last weekend at California Pizza Kitchen. Most of my friends and family know this story, but for those who don't know what happened, here is an overview:

I had never been to California Pizza Kitchen and thought I would give it a try since they had gluten free pizza and didn't jack up the price for that option. My boyfriend and I decided to go one Friday night and I ordered the Jerk Chicken pizza. I made sure to say to the waitress that I "needed the gluten free crust." After she left, I asked my boyfriend if I had said it loud enough for her to hear since I'm always concerned as to whether or not the servers actually hear me. He assured me it was loud enough and he even heard it across the table while he was looking at the menu. They brought our pizzas, but the waitress walked away before I could ask whether or not mine was, in fact, gluten free. I had my boyfriend taste it and he said it definitely tasted different. After I had already eaten a slice, the waitress came over and we told her we just wanted to make sure it was gluten free since it was so delicious. She checked the computer and informed me that it WASN'T GLUTEN FREE. My heart dropped. I know a lot of it was my fault because I didn't track her down first to make sure it was gluten free. I just assumed she was used to people ordering gluten free crust and was aware of the consequences of not accurately fulfilling the requests. My boyfriend didn't know what to do. He just looked down at the table and was quite upset since he knows what that little bit of gluten can do to me. The waitress and manager came over to apologize and ensure me that our meals were taken care of. I informed them that I am extremely intolerant of gluten and that one slice of pizza was more gluten than I've had in over a year. CPK made me a new GF pizza which I had boxed up, and my boyfriend and I rushed out of there so I could be in the comfort of my home before the symptoms started.

I wrote the corporate office about the incident and they forwarded it on to one of the managers at my location. She sent me two "Be Our Guest" vouchers which entitle us to one free meal and beverage, and informed me that she had addressed the issue with the staff as well as read up on the gluten free diet. Shouldn't they have been aware of the diet before bringing the option to their food establishment?

It's been over a week now and I've gone through all the symptoms I used to have. Fortunately, I did not end up at the hospital with severe abdominal pain since I had done so well on my diet previously, allowing my body to heal. However, I have dealt with abdominal distension, insane fatigue, nearly constant bone pain, irritability, depression, anxiety, headaches, and now everything I eat leaves me in agonizing pain as it sends me to the restroom. (I apologize for being so detailed, but that is a terrible symptom.)

I'm doing all I can to expedite the healing process, but I have no idea how long it will be until I feel normal again. I know CPK can't take this problem back, but I really hope they will make some changes to ensure that the staff is trained to understand the importance of allergies and intolerances and the problems inflicted on the patron if their needs are not met.

I read one article written by Jennifer Frank entitled, "When Gluten-Free Isn't Really Gluten Free!" She addresses issues with CPK and the fact that cross-contamination is inevitable at the restaurant. After reading it, I'm not sure if it is worth it for me to go back to CPK even with the free meal vouchers. Just a small amount of gluten ingested from cross-contamination can create problems in the long run for me, even if I don't feel the damage occurring.

I'm going to do all I can to research several restaurant chains and find out exactly how they prepare their gluten free dishes. I'm also going to investigate how the state (at least the state of VA) sets regulations for restaurants trying to have gluten free options in a gluten filled environment. Things need to change. I have heard that some food servers dislike patrons who request gluten free items since some are only on the diet for weight or health reasons...not because they need to be. However, it shouldn't matter. Most people are gluten free because their health depends on it and food servers, cooks, and restaurant owners need to realize this. I go to restaurants with gluten free options when I'm tired of cooking every night and want to have a great meal out like the rest of the world, not to have my evening ruined and be stuck in bed for two weeks.
Email Post
Labels: gluten free cross contamination california pizza kitchen cpk restaurant celiac intolerance allergy 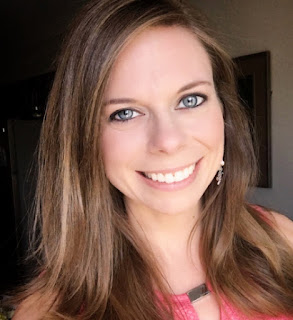